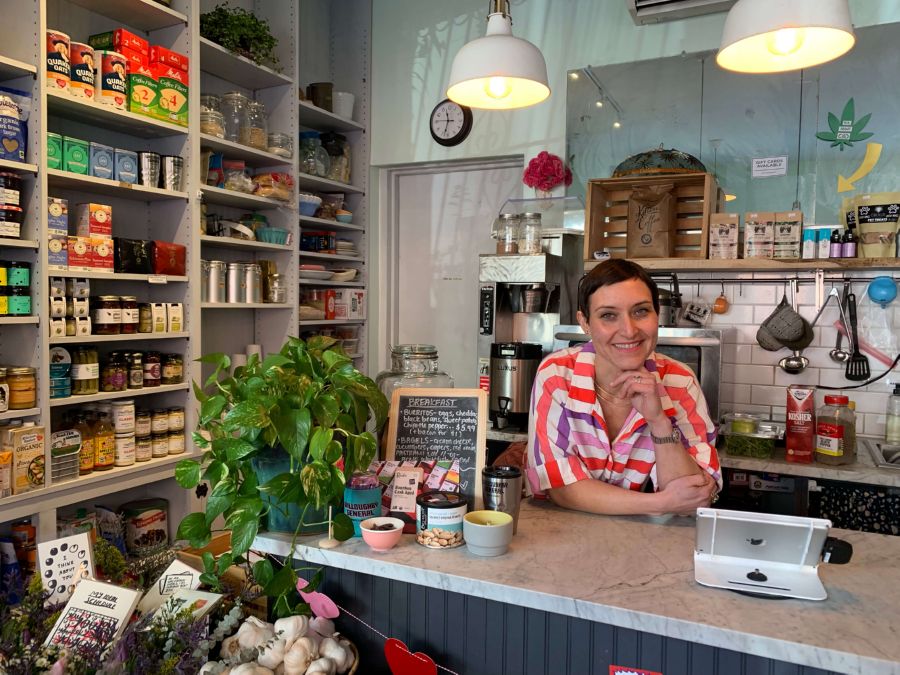 Grocery shopping is one of life’s shared necessities. Some people love it, others find it to be a chore. Personally, I find the weekly ritual to be both soothing and fun. This probably says something about my middle-aged suburban life right now, but that’s a story for another post.

Since there’s a need for food and personal care items, these products are readily available in any suburban environment. These stores that carry a little bit of everything to make our lives a little more convenient are known as general stores.

General stores have been around long before the invention of the supermarkets and malls. In the 1800s, these stores served as a social hub in small towns. The oldest general store dates back to 1781, and much of this unique heritage has stayed the same since the 19th century. If you’re thinking about starting an updated version of the general store, we rounded up these business name suggestions to help you get started.

Shopping at general stores is about the convenience and location.

For over 200 years, general stores have been the hub of small communities and are as much a part of American heritage as Cowboys and Indians or Budweiser. Originally, these stores were known as general stores because they sold everything you needed, from dried meats and flour to “grits” and gunpowder.

You can use your own name, the street or town you are in, any kind of local landmark, or even name it after your kids. There are dozens of approaches you could use to come up with an identifiable brand. Here are some of our best ideas from a late-night brainstorming session with the staff:

Other Names For A General Store

Having the words general store in the name is not a requirement. There are many other options like grocery, store, mercantile, market, mart, goods, warehouse, and depot that could also work.

Changing the name in this way does not mean the store is any different from what a general store normally is. It’s just a different way of describing the same type of store over the years.

This can actually make it a little more memorable for customers since there are possibly a lot of Brown’s General Stores across the country. So try out any of these takes on our updated general store name suggestions.

Perfectly located on the corner for better visibility for customers.

Corner shops can be found on city street corners across the country. Corner property has always been considered prime real estate for stores due to the increased visibility of being seen by multiple streets.These shops could be positioned on the corner of an intersection or junctions. Here are some of our most captivating corner store name ideas.

Discount stores are a good way to save money on everyday essentials.

Discount stores snap up unsold merchandise from other retailers and sell them at deep discounts to customers. Often these stores will carry inventory that didn’t catch on in retail and have been sold for almost nothing to recoup some of the expense. The popular dollar store is an example of this type of discount outlet.

From a business perspective these are retail stores can be operated profitably even during recessionary times because the inventory is low cost. When people are struggling to make ends meet these are the stores they turn to for groceries and other necessities. Cost is the main appealing factor in discount stores. Check out our name ideas below, which is 100% off just for you!

General stores sell a little bit of everything.

While they may look small, general stores are actually deceptively large. In fact, they are designed to cram more stuff into a smaller area to tempt you to buy more than you thought you needed when you walked through the door.

On average, general stores and grocery stores carry over 39,500 line items at any one time. And with so many choices crammed into a small space, you are certain to be tempted by those cartons of pineapple smoothies or the freezers full of ice cream flavors.

Overall, general stores do “exactly what it says on the tin”, to coin a popular phrase from the 90’s. An amazingly accurate description of the contents of the shop, general stores sell pretty much everything.

Originally the only store in town where you can buy your nails and dry foods and flour and gunpowder, the general stores of today sell all the normal grocery items you might expect to find in the supermarket in addition to clothing and personal care items. Dried foods, rice, flour, gravy mix, dried fruits and stuff for baking, canned goods like sardines, peaches, SPAM, and anything else you might find resting in the kitchen pantry.

Labels are an essential part of your packaging and design.

But it’s not just grocery goods. You can also find plenty of frozen foods in the small chest or wall freezers that the stores have, from ice cream and frozen peas to bags of ice and ready-cook meals for one.

Then you have the chiller cabinets, with the chilled foods and packet meals, bottled water, beer, spirits, and sodas. Behind the counter, you can often find cigarettes, alcohol, or more expensive items like perfumes.

Visit any modern grocery store and you can also find all you stationery needs, from staples and paper to pencils and ink. Toys can sometimes be found inside too, as well as things like paper plates, plastic sporks, glue, a new mug for dad, flowers for the wife (occasionally), and even hardware items or electrical supplies. The inventory is only limited by your creativity.

Being able to get what you need in just a few minutes without too much hassle at any time of the day (or night, in some cases) continues to be an appeal for this type of retail store. It’s amazing to see these businesses still going strong after 200+ years.