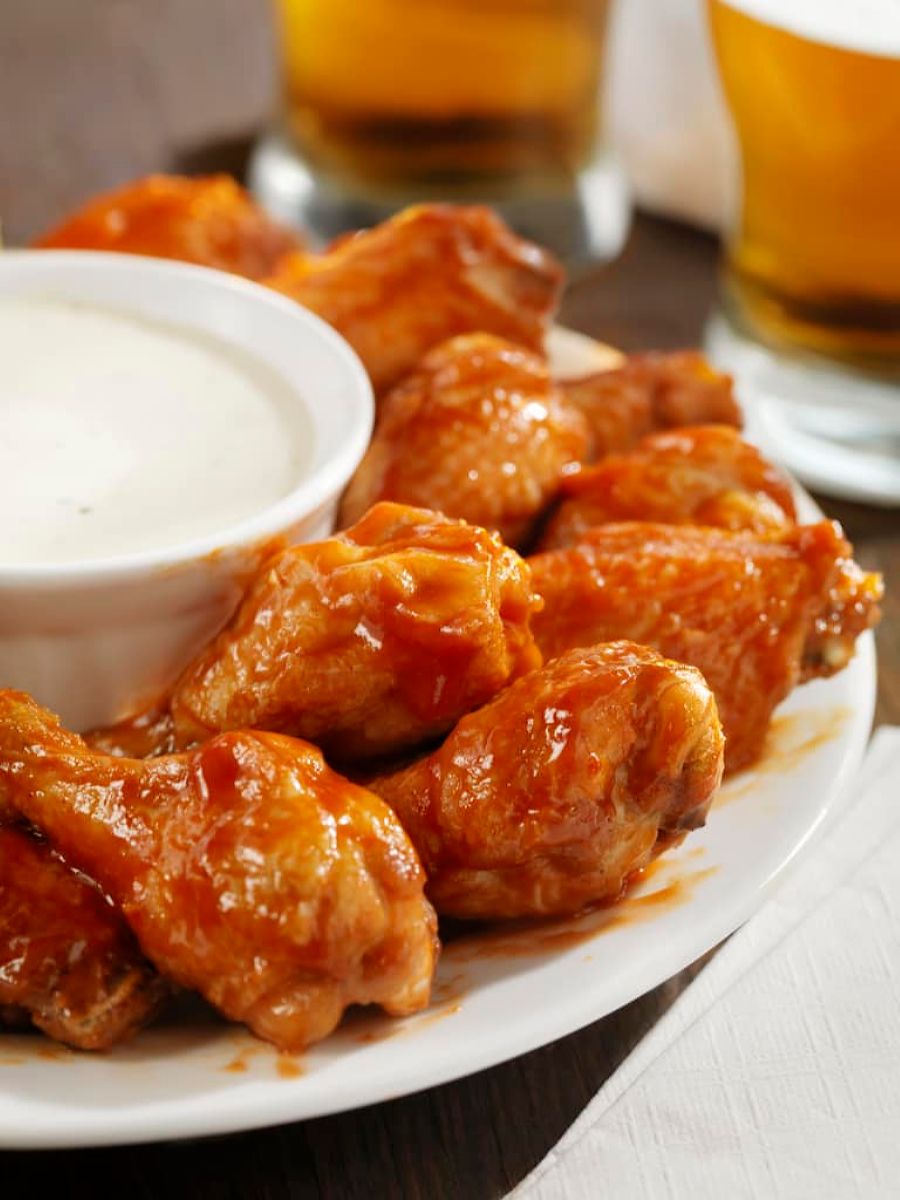 Chicken wings are well positioned in the intersection between what customers want and food menu costs. On the customer side, wings are a protein that can be flavored with just about any seasoning or sauce, served wet or dry, bone-in or boneless depending on taste preference. And we’d be remiss if we didn’t mention the endless number of dip options!

This meal is ideal for delivery or takeout and can be shared by the entire family. The product also represent tremendous value to diners and that can perform well even in recessionary environments. Not only do chicken wing come at a lowish cost to consumers, the ability to reheat the product in the oven or microwave the next day while maintaining taste means there’s minimal waste.

From an ownership standpoint, few restaurant businesses are as simple to manage and profitable as chicken wing shops. You only have one core product that can differentiated in thousands of different ways when you consider dips, seasoning, and sauce combinations to give variety to the food.

Feel like Korean? How about Korean BBQ wings? Craving something spicy? Extra hot wings are available on almost every menu. This is a product with a world of flavor adaptability.

Best of all chicken wing consumption is rising still in the United States with Wingstop realizing an increase in sales of around 12.3% through the third quarter of 2019. No wonder why these wing shops are popping up all over the country.

So if you are on the verge of opening your own chicken wing business and are looking for the best name for the ideal brand name then look no further than our ultimate list of ideas below.

Naming your wing restaurant is an important part of the startup process.

Chicken wings are a hugely popular menu. To give your brand a wing up on the competition, check our selection of the best available name ideas below.

You can also choose select a laugh out loud name based on chicken puns.

Naming your wing restaurant doesn’t need to be a stuffy, overly formal process. Coming up with a brand name can actually be fun! You can play on words, utilize the plethora of chicken-based and wing-based puns, or just call it something a little weird. As long as people know you sell wings and the brand is easy to recall, you’re on the right track.

If you are into more chicken, try opening a whole chicken shop.

Rather than just wings, you can also try a restaurant or takeaway that sells the rest of the chicken too. Chicken will always be popular and if you’re looking for a memorable name, we’ve got some clucking good suggestions.

Hot wings are the spicier side if life in the wing industry.

Hot and spicy buffalo wings is one of the most popular flavor option on any wing restaurant. And if you are thinking of opening a spicy hot wing restaurant, then the list of names below will get your temperature rising.

America is the home of the brave and the land of the chicken wing. There are dozens hundreds of franchise options to choose from if you want to buy into a recognized brand and concept. Here are a short list franchises you can buy into.

What are the parts of a chicken wing?

Understanding each part of the chicken wing.

Chicken wings are made up of three main parts, each of which has a name of its own. And not many people can actually name all three. If you stretch out the raw wing, you can see the three sections, separated by the joints of the wing.

If you’re ready to open your own shop, don’t forget to sign up for our free food business kit. You’ll get immediate access to our menu cost calculator and food business model canvas for free when you join.