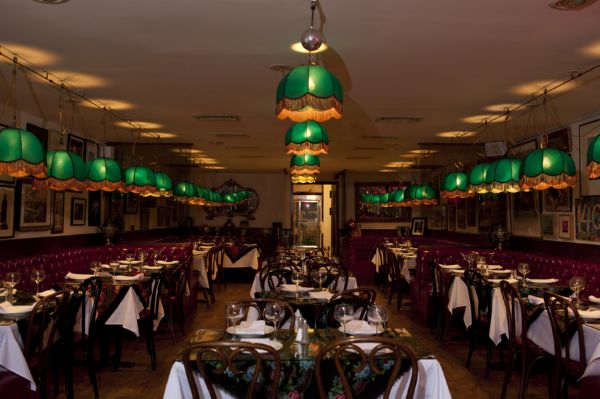 A vast collection of the different regional cuisines across the country, Russian cuisine is hugely diverse. Flavors have been influenced over the centuries by cuisine from Eastern Europe, Central Asia, Siberia, and East Asia. Founded in the ancient peasant foods from the rural population, Russian food includes meat and ancient grains including rye, wheat, barley, and millet. Historically, these grains were used to bake breads, pancakes, and pies of many varieties.

By operating a Russian themed restaurant, you have the opportunity to create a truly memorable dining experience for guests. Traditional Russian dining is split into multiple courses usually beginning with a potato or beet salad. Another popular first course is a soup called Borsch.

If you’re planning to open your own Russian restaurant, here are the best name ideas we could come up with organized by category. Enjoy!

Using the typical Russian script may be a little confusing to some. While a small group of people may understand the script in the United States, using English letters to spell out the name is the best option. You can still include Russian words and names in the subtitle of your business to add to the authenticity. Here are some ideas we came up with.

Formal dining at a Russian restaurant.

While many Russian names are very different to those used in the West, there are actually a good many western names that originate in the East. Anna and Alexander are just two of the many Russian names that are popular names in the United States. And if you are looking for some of the most popular Russian names for a little naming inspiration for your Russian restaurant, here are the top 35 names in Russia. Any of these can serve as an authentic foundation behind your business name.

Borscht is a popular beet soup.

Russian cuisine may have its basis in ancient peasant food, but there are huge numbers of dishes that can really knock your socks off. Some are familiar to the average foodie, while others will be unusual even to the Russian cuisine aficionado. So check out this list of the most popular Russian cuisine dishes to include on your menu.

Sharing My Own Experience with Russian Food

My personal favorite in terms of Russian dishes would have to be Borsch. I used to eat Borsch all the time at my grandmothers house in the winter. It was an annual tradition of sorts. My mother in particular would look forward to eating this meal that we usually enjoyed as a main course. The soup has a meat base and can include all sorts of vegetables like cabbage, carrots, beets and can include meat. Borsch, like so many other meals in my humble opinion, tastes best served with sour cream. Every family in Russia has some unique twist on this recipe that’s been passed on from generation to generation based on the ingredients available at the time.

Of course when it comes to discussing Russian food, I’d be remiss if I didn’t discuss the national drink: vodka. Drinking vodka is an expected component of any Russian dining experience. If you’re invited into a Russian home for a formal dinner, you should expect to imbibe in shots before, during, and after the main course is served. This is a tradition that didn’t carry over into my own family, but if it did I think it would have made the holidays more interesting as a kid.

The last time I dined at Moscow on the Hill, a popular restaurant in St. Paul, Minnesota, my entire party felt like we had been invited to a traditional Slavic dinner. In addition to reviewing the vodka list when we entered, I was surprised at the variety of flavor options available. In addition to flavorless vodka, we were introduced to flavor innovations like pickle, horse radish, and tomato. I sampled the pickle vodka and can’t say that I would ever order a second round of the drink.

One thing to keep in mind before opening a Russian restaurant given the current environment is that you’ll want to create a menu designed to perform well in pickup and delivery. Traditional Russian restaurants are experiencing major challenges in the current environment because so much of their business relies on in-house dining and alcohol sales. Some menu items that could be featured more prominently on your menu include Borsch and dumplings. Both of these menu items can be packaged easily for delivery focused sales and still look good when it arrives on a customer’s doorstep.