By: Brett Lindenberg
In: Specialty Food

Food stalls offering ready-to-eat foods and drinks have long been embedded into American culture. Though previously banned at the start of 18th century America, street food which was sold through stalls, eventually gained popularity and became a staple of New York streets around 1910 selling everything from hotdogs to snacks. Food stalls remain a fast and affordable dining option consumers on the move.

A 2007 study from the Food and Agriculture Organization of the UN showed that around 2.5 billion people eat some form of street food every day. People tend to purchase food from these stalls for several reasons. Some of these reasons include grabbing a flavorful food at a reasonable price, availability of ethnic cuisines, and convenience. Despite the popularity, there are some concerns regarding street food such as freshness and sanitation issues among critics.

It’s important to keep in mind all food stalls are not located on the streets. In fact, a big portion of these is located in malls with some established names in the food industry like Auntie Annies. Given the current pandemic, food stalls are facing challenges from all sides, from fast food delivery to 3rd party food deliveries. Fortunately, many food stalls (aside from those located in shopping malls) have been able to adapt easier than sit-down dining restaurants since much of the business from these establishments was considered takeout already.

If you’re thinking about starting a food stall business and in search of the right name you’re in the right place! We’ve prepared some food stall names that haven’t been taken. From burgers to pancakes, we’ve come with name ideas to suit your dream food stall organized by specialty below.

Rolling up to a food stall.

If you don’t have a business name in your mind for your startup food stall, let us help you with these name suggestions.

Flat top cooking at its finest.

You might be planning to put up an Indian food stall, here are some business name suggestions you can use for your startup business. For Hindi translations, you can go to Google translate to know the English meaning of the words.

Gyros are a proven fast food booth option at fairs.

Looking to set up a fast-food stall? Here are some fast food stall business name suggestions.

Catchy names can benefit your marketing and the business as a whole by making them memorable enough to remain on your customers’ heads. Here are some captivating business names you can use.

Food fit for a president.

Maybe the country’s commander in chief appeals to you. We’ve come up with these food stalls named after our nation’s most decorated presidents. Take note though that the food preceding each president was noted as each and everyone’s favorite dish during their respective terms.

Food from these stalls typically has a distinct recipe, a unique taste, and convenience which you cannot get from ordinary restaurants. Typically these stalls must have laser focused menus because the kitchen space is not big enough for cook a large menu of 10 or more distinct items. The food offered at food stalls also tend to be slightly more affordable compared to ordinary restaurants since they occupy a small space with lower rent and overhead. These establishments are often owned and operated by the same individuals meaning there’s less staff to support and financial risk.

A food stall or food truck can be a good starting point to prove a food concepts even if you have aspirations  to go bigger in the future. Rather than starting with a brick and mortar restaurant, starting up a food stall is much more cost-efficient, and you’ll be able to test your market right away, and measure if this was the right food business for you or not. If you get it right, remember that the food business is a never-ending cycle, especially in the fast-food business. We’ve shared the stories of dozens of food entrepreneurs that started small and later expanded into larger, more profitable operations.

Take Five Guys Burgers and Fries for instance which a married couple started with a single burger shack in 1986 in Arlington, Virginia. Today, they are one of the major players in the fast food industry with over 1,500 retail locations. It’s never too late to start something big even if you come from the humblest of beginnings. You too could create one of the iconic food businesses of our generation. 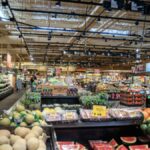 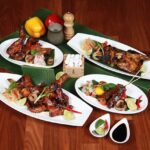 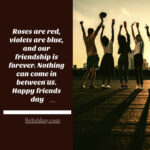 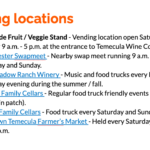