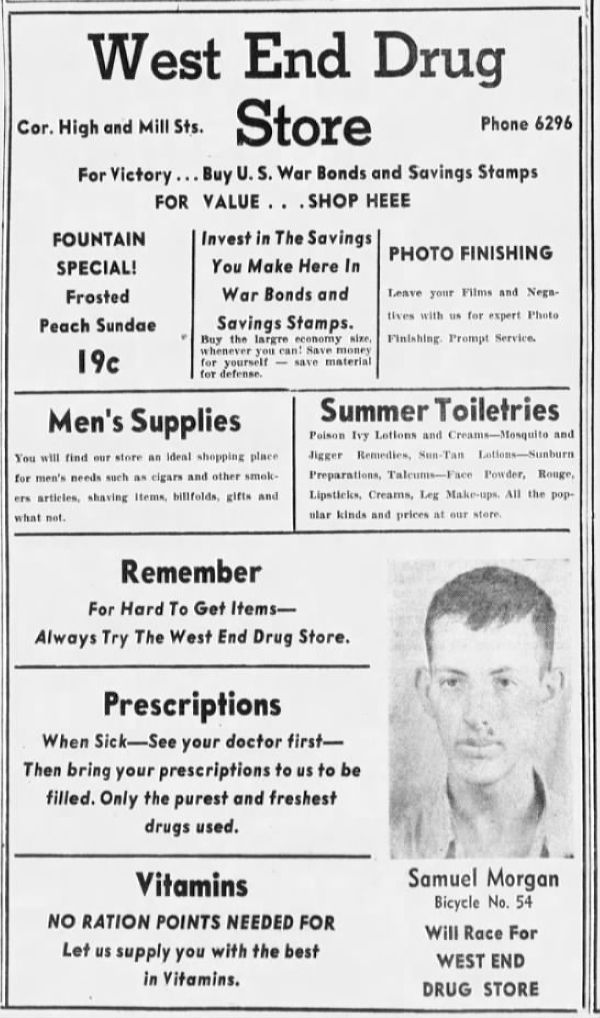 The sundae is an ice cream dessert that typically consists of one or more scoops of ice cream topped with sauce or syrup, and often fruit and/or nuts. But where did this delicious dessert treat come from? And how did it get its unusual name? What are the real facts?

We dug into the annals of history to unearth the truth about ice-cream sundaes that few people know or have just plain forgotten about. Track how many of these stunning sundae facts you already knew and we’ll give you a grade at the end of the post.

The iconic sundae with strawberries and whipped cream.

1. The basic “sundae’ is a dish of ice cream coated in sauces or syrups and topped with fruits, nuts, or other creative toppings. The original sundae consisted of vanilla ice cream then topped with strawberry-flavored sauce, whipped cream, and a maraschino cherry.

2. The sundaes you see on billboards and menus are named after the flavored syrup they’re coated with. For example, cherry sundae, chocolate sundae, strawberry sundae, and raspberry sundae.

3. The famous sundae was originally served in a small glass tulip-shaped vase. Sundaes are traditionally served in the same shaped glass, which has become known as the “sundae glass.”

4. The Oxford English Dictionary defines the sundae as: “a cold dessert (= a sweet dish) of ice cream covered with a sweet sauce, nuts, pieces of fruit, etc., usually served in a tall glass”

Who invented the sundae?

5. Many believe Two Rivers in Wisconsin was the original home of the sundae. According to local lore, the treat was invented by Edward C. Berners (1863-1939), the owner of Berners’ Soda Fountain in 1881. This claim has since come into contention after high-school students provided evidence that Berners would have been only 18 in 1881 and probably too young to be the store owner.

6. The Stoddart Bros. Drug Store in Buffalo, New York has been proven to have been serving sundaes since 1889, garnished with the required fruit and syrup. The evidence was found in archived copies of The Buffalo Evening News and the Buffalo Courier from 1889 with ads for Stoddart’s adding both fruit syrup and whipped cream to ice cream. Sounds pretty great!

7. In 1890, Evanston, Illinois became one of the first locations in the United States to pass the Blue Law, a rule designed to restrict activities on Sundays. Ice cream sodas were included in this as the banned product was the soda, sometimes used to disguise whiskey, which was also banned on Sunday.

News about this dessert in a paper.

8. The claim from Ithaca, New York is sundae was invented by John M. Scott, a Unitarian Church minister and Chester Platt, co-owner of Platt & Colt Pharmacy. It is said that on Sunday afternoon of April 3, 1892, Rev. Scott and Chester Platt, while refreshing over conversation after church ordered the soda jerk in Platt’s pharmacy for two bowls of ice cream. Platt then covered the ice cream with cherry syrup and a candied cherry. While an advertisement for the Cherry Sundae helps prove the claim, the evidence from the Ithaca Daily Journal is dated October 5, 1892.

9. The claim from Plainfield, Illinois of being the home of the first sundae comes from a story that it was invented by a pharmacy student working in the local drug store. Charles Sonntag, of German descent, opened his own drug store in around 1893, and advertised the “Sonntag’s Famous Soda”, of which the sundae was one of the specialties.

10. Of all the claims on the origins of the sundae, only the claim of Buffalo, New York can categorically show evidence to prove its claim at the earliest date. An ad in the local newspaper archives date the serving of “sundaes” prior to any other document.

How did the sundae get its name?

What’s in a name?

As varied as the origin stories of this delicious dessert are the tales of where the name “sundae” actually came from.

11. The town of Plainfield, Illinois claims the name comes from the translation of “Sonntag.” The drugstore owner that they claim invented the sundae, which means Sunday in German. This group of people suggests that a translation is the basis of the original name and it evolved over the decades.

12. When Evanston, Illinois passed its Blue Law outlawing soda on Sundays, the town is said to have invented the Ice Cream Sundae. According to historians this was coined the “Sunday soda” and the name was changed to appease Methodist ministers who objected to the use of Sunday for a dessert.

13. In Ithaca, New York, residents claim a reverend made the suggestion it be named after the day it was invented. Hence being known in the advertisements in the Ithaca Daily Journal as the Cherry Sunday.

14. Of all the claims for how the sundae got its name, the truth of the matter lies in obscurity during a time period where lives where not documented to the extent they are today. The truth seems to be lost in time with no proof. Both ideas of its origins from the words Sunday and Sonntag have merits, but neither has definitive evidence to prove the theory.

A variety of amped-up sundaes.

15. November 11 is known across the United States as National Sundae Day. This celebration is always popular on social media and cities that claim to be the birthplace of the dessert often hold special events in honor of the treat.

16. The sundae has spawned hundreds of clones like the Hot Fudge Sundae, which was invented in Browns Ice Cream Shop in Hollywood in 1906.

17. The biggest ice cream sundae was created by the Serendipity 3 restaurant in New York City. Made from five scoops of Tahitian vanilla ice cream, the sundae is covered in edible 23-carat gold leaf, rare Amedei Porcelana and Chuao chocolate, passion fruit, orange, Armagnac, Parisian imported candied fruits, marzipan cherries, and gold dragées. The dish is served on Harcourt crystal, with an 18-carat gold spoon, and costs US$1,000 per serving. The most unusual fact here is that the dessert actually contains American Golden caviar, from the eggs of the whitefish! That’s a fancy sundae!

18. In his “Letters to his Children”, President Theodore Roosevelt expounded on the illness of his son, Quentin, saying it was likely caused by eating too much ice cream sundae: “Mother went off for three days to New York and Mame and Quentin took instant advantage of her absence to fall sick. Quentin’s sickness was surely due to a riot in candy and ice-cream with chocolate sauce.”

19. During World War II, the government gave out a Defense Savings Stamp with every purchase of the patriotic Victory Sundaes bought in soda fountains and ice cream parlors across the nation. And the U.S. Navy even commissioned a floating ice cream parlor to help boost troop morale. This parlor was towed around the Pacific distributing ice cream to ships incapable of making their own.

20. In the United Kingdom, the sundae was introduced in the 1920s, included meringue in the ingredients and renamed to “Knickerbocker Glory.” The sundae has its contemporaries in other parts of the world including the parfait in France, Halo-Halo in the Philippines (but without any ice cream), Falooda in India, and Ais Kacang (bean ice) in Malaysia, Singapore, and Brunei.

22. The sundae is one of the most served ice cream desserts in America. The most popular flavors of sundae in the country are: Chocolate Caramel, Butterscotch, and Strawberry. Cherries, whipped cream, and nuts are the most common of the popular toppings.

The biggest sundae in the world.

23. The World’s Largest Ice Cream Sundae weighed in at a hefty 55,000 pounds. The immense dessert was constructed from over 20 tons of ice cream, tons of flavored syrup, and 537 pounds of assorted toppings. Looking like a sauced up version of Jabba the Hut, the dessert was created by Palm Dairies Ltd. in Edmonton, Canada in 1988.

24. According to the ledgers from the White House, George Washington had a “cream machine for ice” purchased to be installed in the Mount Vernon kitchens on May 17, 1784.

25. While Alexander the Great and the Roman Emperor Nero may have had honey and nectar flavored ice and snow. This is considered the early inspiration of ice cream. Another early form of ice cream was enjoyed in China in around 200 BC, made from a mixture of milk and rice flour frozen by packing it into mounds of snow.

26. The first introduction of ice cream to the Western world was brought by Marco Polo in the 13th century from China. Polo brought the recipe back along with samples of the rice flour on the Silk Road route that ran from China to Europe.

27. Ice cream recipes first appeared in England during the 18th century. The recipe for ice cream was published in Mrs. Mary Eales’s Receipts in London in 1718. This was the first dessert of this kind to contain actual cream.

28. Ice cream was first introduced to the American colonies by the Quaker colonists in the mid 1600s. The religious society members brought recipes for ice cream with them from England and sold them at shops in New York and other major cities.