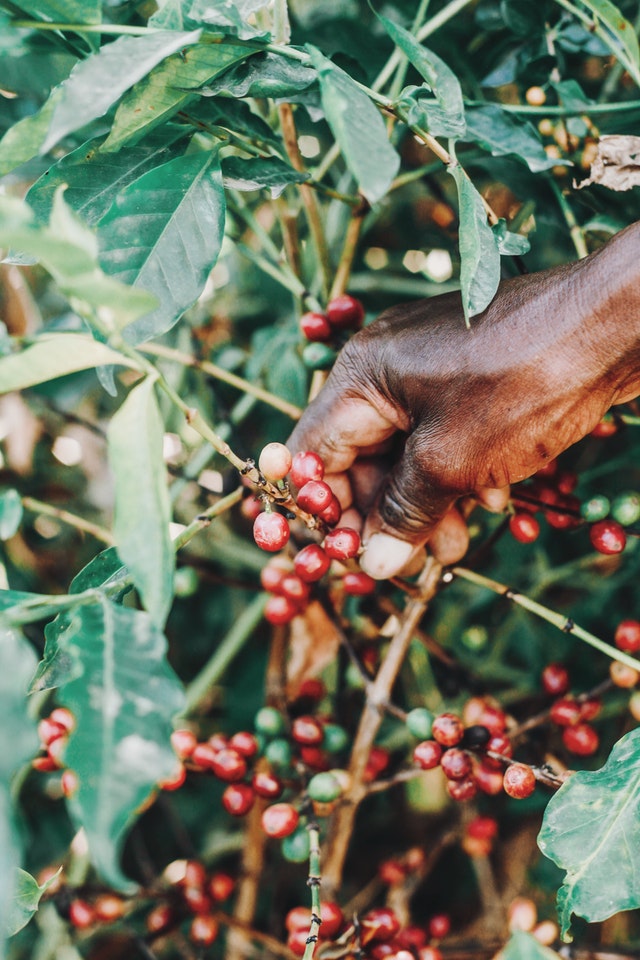 Jamaica is an island nation located in the Caribbean sea, within striking distance of Cuba and Haiti. Jamaica is known for its stunning beaches, scenic mountains, and of course, reggae music that helped put Jamaica on the global stage. This island nation was even featured in the popular film, Cool Runnings back in 1993 telling the story of the country’s first Bobsled team, a sport not well-known in the tropical country.

One thing that Jamaica is known for is its Blue Mountain Coffee. Coffee beans were introduced to Jamaica in 1728 and the crop got its name from the Blue Mountains of Jamaica. The coffee quickly established a reputation as one of the most expensive coffees in the world. If you’re wondering why, not only are Jamaican beans hard, which is considered high quality, the beans are harvested in the steep Blue Mountains of Jamaica making the crop treacherous to gather.

If you want to find out more about one of the most sought-after coffees in the world, check out these 45 statistics about the industry.

Overall, the production of green coffee had been on a decline since 2014. (Statista)

According to the Bank of Jamaica, the Jamaican coffee industry continues to be one of the country’s largest contributors to the agricultural foreign exchange with earnings reaching $16 million (>J$2.03 billion) in 2014 alone. (MDPI)

Japan is the chief buyer of JBM (Jamaican Blue Mountain) green beans currently making up for more than 70% of its sales. (Do Business Jamaica)

Japanese consumers downed 70% of the 264,500 boxes of coffee which were exported from Jamaica. (JCEA)

The Jamaican coffee industry employees thousands of workers earning them $19.5 million back in 2013.

Europe and the rest of the world make up the remaining 10% of Jamaican coffee exports. (JCEA)

An average Japanese drinks about 11.13 cups of coffee each week. Jamaican is known for capitalizing on this particular statistic.

Since the start of the pandemic, roasted coffee sales went down by as much as 90%. This is mainly due to closed hotels and zero tourist arrivals given border lockdowns across the world. (Jamaica Observer)

Roasted coffee consumption by locals was down as well due to restricted restaurant and supermarket operations. (Jamaica Observer)

As a result, there has been a build-up of inventory on non-exportable Jamaican coffee as it is being held by processors. (Jamaica Observer)

As major markets experience economic contraction due to the current health crisis, there are no new export orders to expect. This, in turn, is negatively impacting the coming crop year for 2021. (Jamaica Observer)

The Jamaican coffee industry’s origins date back to 1728 and have grown since as one of the country’s most important agricultural sub-sectors. (JCEA)

The Japanese have been buying coffee from Jamaica as far back as 1953. (Do Business Jamaica)

Jamaican Blue Mountain Coffee is created in the same majestic mountain range in eastern Jamaica it was named after. (JCEA)

The Jamaican coffee industry also produces its own unique Arabia variety which is considered as one of the best coffees in the world. (MDPI)

These Jamaican coffee beans are hand-picked, making it a labor-intensive process. (JCEA)

Making a delicious cup of Jamaican Blue Mountain is as simple as using a French Press or a high-end drip machine. However, experts prefer using the traditional pour-over method to get the best out of its coffee beans. (ICT)

Given the remarkably high demand for Blue Mountain Coffee, 16 oz. coffee bags are priced between $50 to $120 each bag. (ICT)

Out of more than 30,000 acres of land used for coffee production, only around 9,000 acres are cultivated within the score of the Blue Mountains. The higher quality beans are those harvested in higher altitudes or those above 2,000 feet above sea level. (JCEA)

Jamaican Blue Mountain coffee is certified internationally to ensure its authenticity. Without this quality certification, the product can be considered only an imitation of the original product. (ICT)

Other than the more than 7,000 coffee bean growers of Blue Mountain Coffee, the region also supports the livelihood of around 102,000 families of farmers and produces more than $25 million in income yearly. (JCEA)

Growing Jamaican coffee trees takes twice as long as other coffee-growing regions. Jamaican farmers cultivate these trees for about 10 months prior to planting them on the ground. (ICT)

Small farmers cultivate approximately 85% of coffee production on the hillsides of the mountains. (JCEA)

Only 14 million pounds of coffee are made each year in the Jamaican region compared to other coffee-growing regions like Ethiopia which produces 800 million pounds a year. This is mainly due to the challenging cultivation of coffee beans on the hillsides. (ICT)

The U.S. remains to be the largest untapped market for the rare Jamaican coffee.

Given that Japan buys 80% of Blue Mountain Coffee, Jamaica and Japan have entered into an accord regarding high environmental standards. (ICT)

With Japan capturing 85% of Jamaica’s total coffee bean exports, the U.S., the EU, and the rest of the world each take 5% of the remaining share of the market. (CIB)

Hardly 15% of the coffee produced in Jamaica is considered genuine Jamaican Blue Mountain Coffee. The area in the mountain where good beans are cultivated is very limited yielding minimal supplies. This is the reason why the demand is high for this tasty and unique coffee. (Coffee Feature)

In some markets, the price of Jamaican could fetch as high as $60 per pound. (MDPI)

Out of the various stages of quality control the JBM coffee goes through, only about 85% of the beans make it through export. (Coffee Feature)

80% of Jamaica’s 5,000 coffee farmers are found in the Blue Mountain region in eastern Jamaica according to JACRA. (MDPI)

The U.S. holds the biggest market share in the Jamaican soluble coffee export market with over 50% share. (CIB)