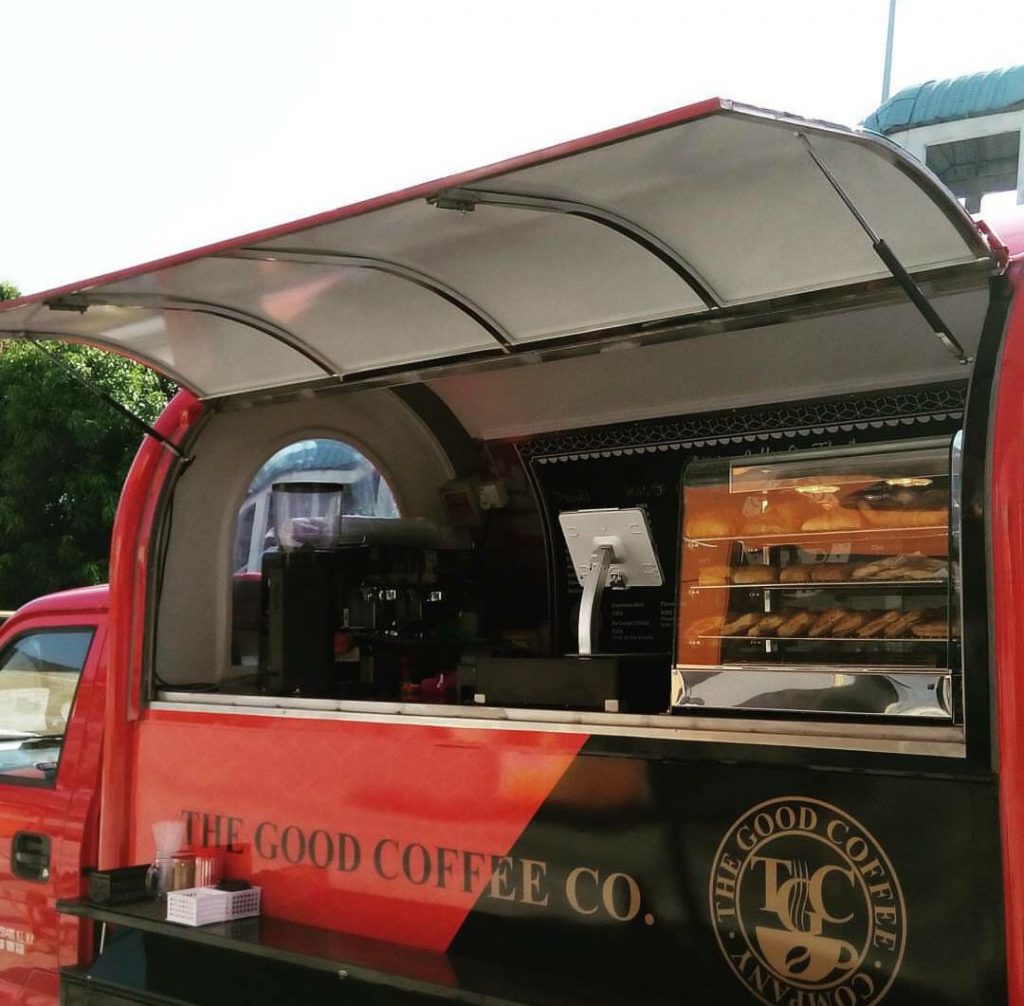 With over 2.25 billion cups of coffee being consumed on average each day, the coffee industry has significant global economic impact. The industry is part of a complex supply chain effecting a broad range of businesses beyond coffee shops, including retail stores, grocers, family farms, shipping companies, roasters, and the end coffee consumer. The commodity is also a key indicator of discretionary consumer spend globally. Despite the shortage of shipping imposed by the Covid-19 pandemic, certain efforts to often carry multiple loads has helped the business scale through, ensuring the availability of the second most globally traded commodity – Coffee.

In this post we’ve organized coffee industry statistics and consumption trends that are updated for the 2019/2020 calendar year compiled using a combination of government reports, industry briefs, and proprietary survey data. Feel free to grab a cup of Joe, get caffeinated, and enjoy these industry insights!

Coffee is the second most globally traded commodity. The first is crude oil. (Inc. Magazine)

Being unprepared for business ownership is the number one reason for coffee shop failure. (Coffee Shop Owners Survey)

More than 50% of all independent coffee shops will fail in the first five years of business. (Coffee Shop Owners Survey)

There are over 31,000 specialty coffee shops operating in the United States. (Statistica)

Starbucks is the largest coffee chain the the world. The country with the most locations per capita is–believe it or not–Monaco. Of course, the population of Monaco is less than 40,000 people according to Wikipedia.

The United States and Canada are top Per Capita countries. Las Vegas has a store for every 5,133 residents and is the number one per capita Starbucks city in the United States. (Mercury News)

Coffee is the most widely consumed beverage on the planet–even more popular than tea. More than 400 billion cups each year with no signs of slowing demand. (NCA)

Europe is that largest market of coffee drinkers on the planet, representing 30% of the global coffee market. Per capita coffee consumption is also the highest here at 3.3 kg annually. Stable coffee consumption throughout Europe is anticipated through 2025 and beyond. (CBI)

Coffee drinkers over the age of 65 years of age usually consume the product at home. On the flip side, most consumers under 35 drink coffee from coffee shops or other locations outside the home. (National Coffee Association)

Two out of every three Canadians drinks a cup of coffee each day. Of these coffee drinkers take in an average of 3.2 cups per day. Oh Canada! (Coffee BI)

It’s theoretically possible to overdose on caffeine in coffee, but not likely. You would need to drink over 100 cups per day to be at risk. (Healthline)

Japan imports 80% of its coffee beans from the country of Jamaica. (Jamaica Coffee Statistics)

Some research suggests consuming between 4 – 5 cups each day is optimal from an overall health perspective. The disclaimer being that everyone is unique and reacts to the beverage differently. (Healthline)

In addition to health benefits there can also be side effects to drinking too much coffee. These side effects may include insomnia, anxiety, digestive issues, muscle break down, and caffeine addiction. If you’re experiencing any of these symptoms consider cutting back and consulting a health care provider. (Healthline)

Drinking coffee every day is a routine for 40% of college students (ages 18 – 24). (University of New Hampshire)

Coffee consumption has been positively associated with a higher education level. (US Library of Medicine National Institutes of Health)

Millennials (people born between 1982 and 2000) continue to embrace coffee culture. According to a Bloomberg report, this group consumes 44% of all coffee in the United States. (Bloomberg)

Coffee consumption is growing rapidly in the country of India. The market grew at an annual compounded rate of 15% between 2012 – 2016. (Mintel)

The volume of iced coffee consumption continues to increase. About 20% of consumers drink iced coffee at least once per week in the United States. (Vending Market Watch)

Coffee consumption is extremely popular among individuals over the age of 65 in Spain. A higher chance of smoking and alcohol use was also been linked to elderly that habitually drink caffeinated coffee in this country. (US Library of Medicine National Institutes of Health)

The entire country of Australia drinks is estimated to drink an average of 1.3 million cups of coffee per day. (The Sydney Morning Herald)

48% of Canadians get their daily coffee fix at Tim Hortons. About 39% of the population makes their coffee at home. Starbucks is another popular destination with 16% of the residents ordering here. (Infogram)

Global coffee consumption is expected to grow by one third by the year 2030. This amounts to an additional 200 million bags. Wage growth and population increases are the catalyst for this growth. (Bloomberg)

Thinking about starting a coffee business? Click Here to Learn How to Start a Profitable Coffee Shop.

Does your profession effect the amount of coffee you drink? According to many reports it does. Folks in the tech industry like IT professionals, web designers, and other office workers report drinking the most coffee. (Infogram)

An estimated 505,200 people were employed as food and beverage serving and related workers (baristas are included in this designation) in 2016. These roles are expected to grow 4.57% by 2026. (Bureau of Labor Statistics)

In California, the average hourly compensation for a barista is $12 per hour before tips. The average shift manager makes about $14 per hour on average. (Glassdoor)

There are 9,000+ available openings for coffee baristas in the United States. (LinkedIn)

There are 17,537 coffee production jobs in the United States. The number of people employed is expected to grow by 3.8% per year until 2025. The typical coffee production business employs between 4 – 5 people. (IBIS World)

Globally there are 5.4 million bags (60kg) of coffee produced in 2019/2020. (United States Department of Agriculture)

Coffee is grown in more than 50 countries around the world. Including less well-known coffee produces like the United States (Hawaii), Mexico, and Puerto Rico. (NCA)

Coffee prices have dropped by 15% in 2019 and reached their lowest levels since 2006. (United States Department of Agriculture)

Brazil is the number one exporter of coffee beans at over 41 million bags (60 kg in size) annually. Vietnam (30.5 million bags annually), Colombia, and Indonesia are other top producers. (International Coffee Organization)

Vietnam is providing record output of coffee bean production to help satisfy the increasing demand of consumers. The majority this product is exported. (World Atlas)

Germany, the United States and Italy are the top buyers of Vietnamese coffee. Germany is the top buyer with over 14 million bags going to the country each year. (Vietnam Coffee Annual 2019)

Germany, Italy and France are the top markets for coffee consumption. Germany represents 20% of the total European coffee market. (CBI)

A National Coffee Association Survey said well under half of the Latin American population over the age of 18 can identify the Fair Trade and Rainforest Alliance seals. (NCA)

The continent of Africa accounts for about 12% of the world’s total production. The top three coffee producing countries in African are Ethiopia, Uganda, and Cote d’lvoire. (Ecobank)

The global export value of coffee is estimated in excess of over $33 billion dollars annually. (IISD)

In South Korea, if you drink coffee regularly it’s a status symbol. South Korea has more than 49,000 coffee shops. There are over 26.5 billion cups served in the country each year. (Coffee BI)

There are more antioxidants in a cup of coffee than there is in a cup of grape juice. Who knew? (Inc. Magazine)

Older coffee drinkers may have a lower risk of death from disease. According to this report if you have more than 3 drinks per day, you’ll lower your chances by 10%. (NIH.gov)

Drinking any type of coffee regularly (ground, instant, decaf) may help you live longer according to a decade long study. (PubMed)

We hope you enjoyed reading this industry data roundup as much as we enjoyed researching the data!