89 Unforgettable Turkish Restaurant Name Ideas You Can Use 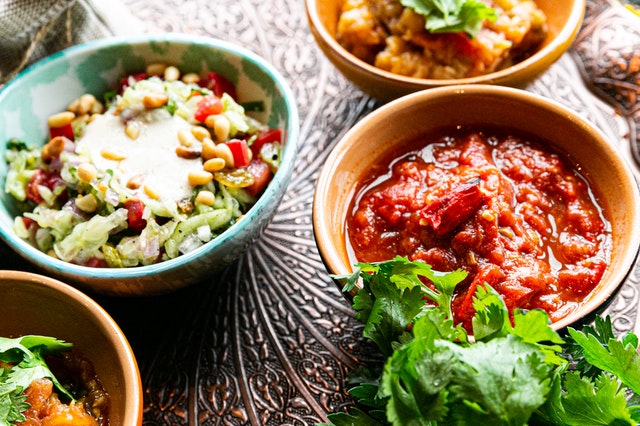 Turkey is a country that sits in Asia and Europe. A large portion of the country is located in Western Asia while a small section is considered part of Southeastern Europe, part of the Balkan peninsula. The city of Istanbul, historically known as Constantinople and Byzantium is the most populous while its capital, Ankara, is considered the largest city in the country. As you might expect, a country in the midst of these converging cultures delivers a whole lot of flavor options.

Turkish cuisine is largely influenced by Ottoman cuisine. The Ottoman Empire was one of the longest empires, which ruled from the 14th century until after World War I when it was completely dissolved. Ottoman cuisine consists of elements of Turkish, Greek, Balkan, and parts of the middle eastern dishes. Turkish food is typically composed of sherbets, yogurt salads, stuffed vegetables, and fish in olive oil. It was only around 1923, during the establishment of the Turkish republic that Western cuisine squeezed its way into contemporary Turkish grubbery.

Starting your own Turkish restaurant?! Here are some Turkish-inspired restaurant name suggestions you can use. If you’re not familiar with some of the Turkish words, you can always use the Google to discover its English translation.

Each nation has its very own way of expressing its humor. Having been around for centuries, Turkish humor has its roots in traditional stories around everyday life. Some examples here were based on the story of Dursun and Temel, as well as the Nasreddin Hodja stories.

Related Reading: Hire a Rockstar Line Cook in 4 Easy Steps with No Experience

Kebab is known as a Middle Eastern dish with several variants around the world. Here in North America for instance, it is particularly known as gyros. Here are some kebab restaurant name suggestions for your startup.

The Kurds is the largest minority of non-Turkish ethnicity in Turkey. They account for around 12% to 25% of the total population of Turkey. Since the Kurds share the same cultural attributes with other neighboring countries such as Iran, Iraq, Syria, and Armenia, they also share the same culinary dishes.

Kurdish cuisine also has similar the same traits as that of Indian cuisine as well as some Asian cuisine. If you’re putting up a Kurdish restaurant, here are some Kurdish-inspired name ideas you can use.

How to Name a Turkish Restaurant

Turkish restaurants, just like in other countries, typically name their place after the owner’s name or family name. You may call it tradition, but it’s also a simple way to make a unique name without any creativity.

Of course plenty of restaurant franchises have come from family names. McDonald’s for example was named after the founder’s family name. The burger chain Wendy’s was named by Dave Thomas after his fourth child Melinda Lou “Wendy” Thomas.

Related Reading: How I Opened a Restaurant with No Money and a 540 Credit Score

So how do you name a Turkish restaurant? Here are some best practices.

We wish you nothing but success in your restaurant startup. If you want like to join a growing community of 40,000+ food entrepreneurs, sign up for our Food Business Startup Kit. You’ll get immediate access to successful restaurant founder interviews along with our food business model canvas at no cost. See you on the inside!

The post 89 Unforgettable Turkish Restaurant Name Ideas You Can Use appeared first on Food Truck Empire.