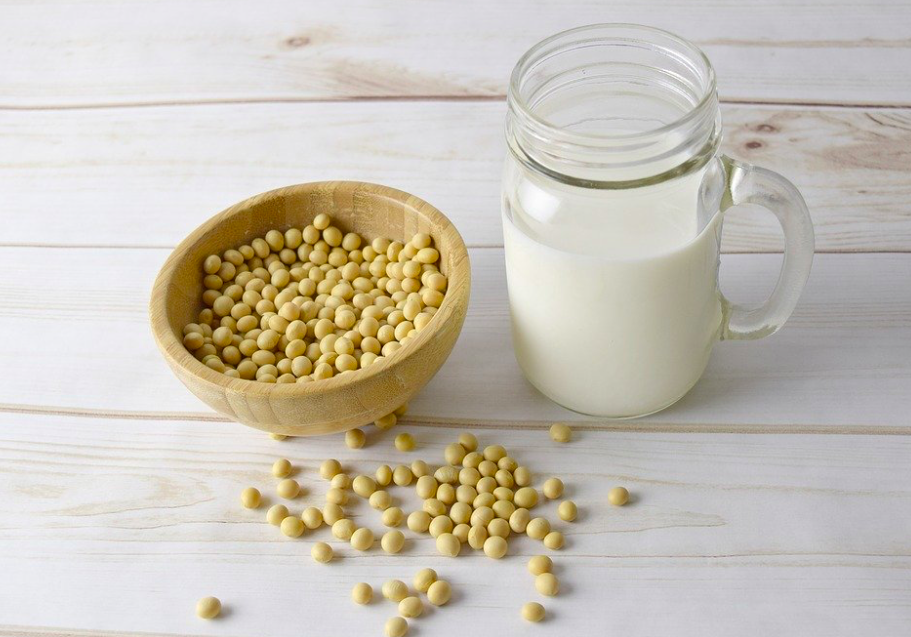 Starting a milk company, but aren’t sure what to call it? Look no further because we’ve got the ultimate list of name ideas for you right here. Whether it’s hemp milk, coconut milk, almond milk, rice milk, soy milk, or any other unique milk names, we’ve got you covered.

Did you know that milk production ballooned in the last two of decades by over 59%? According to the Food and Agriculture Organization of the United Nations, milk production has increased to 843 million tonnes in 2018. That’s up from 530 million tonnes back in 1998. The world’s current largest milk producer is India, holding 22% of the total global production followed by the U.S., China, Pakistan, and Brazil.

But milk from cows is the history of product. The biggest disruptors in this industry over the next decade will be alternative milk beverage companies using ingredients like soy, chickpeas, or almonds to produce beverages without animal input.

If you’ve checked the milk department of a grocery store over the past couple years, you’ve seen the beginning of this trend already. This is still early stage for plant-base milk options with projections for the diary alternatives segment being valued at $35 billion by 2026. Some of this growth is driven by dietary requirements, but it’s largely an increasingly taste preference by consumers. Without further ado, let’s start your milk company name search with the ideas on this list.

Looking for some inspiration up above? These names are also a great way to appeal to the Christian community. Let’s lift up others with these inspirational milk company names.

There is also a growing demand for soy milk. In fact, soy milk is the number one alternative to diary right now. Probably because soy is rich in plant-based protein which helps in muscle growth in kids without the risk of lactose intolerance. Here some soy milk business name suggestions you might like.

You may also want to consider entering the almond milk market. Almond milk is one of the popular alternatives to regular milk being offered in the market today, and you can even grab it at Dunkin’ Donuts with a Beyond Meat breakfast sandwich and makes a terrific substitute for creamer.

A plant-based alternative, almond milk should be valued at $13.3 billion by 2025. To help you consider what to name your next almond milk company, here are some suggestions.

Coconut milk products have been in demand because of its numerous wonders such as aiding in digestion, aiding brain function, and preventing anemia as well as improve the health of anemic patients’ just to name a few. Plus, coconuts just plain old taste good. Here are some coconut milk name ideas you can use for your startup business:

Rice Milk Names You Can Use

Your milk could come from this rice field.

Another milk alternative that people are looking into is rice milk. Rice is the perfect alternative be for lactose intolerant individuals and can’t consume dairy products. The popularity of vegan diets and non-dairy milk products making manufacturers use substitutes such as rice milk in place of high lactose content cow milk is helping move awareness for this product forward. Here are a few names you can use for your rice milk business.

Hemp has many practical uses from food to rope to clothing.

Hemp milk is a another plant-based milk derived from hemp seeds. When hemp seeds are ground and soaked in water, the result is a milk-like texture, color, and flavour. Hemp milk, compared to other milk alternatives, contains more calcium, protein, and Omega 3 and 6 fatty acids. It serves as an anti-inflammatory for the body as well as promoting heart and brain health.

Hemp milk is gaining popularity among health enthusiasts and the market size is projected to reach $454 million by 2024.  If you’re considering opening a hemp milk shop or company, here are some names to consider.

It’s not hard to understand the catalysts for future growth in the plant-based milk category. According to widely published reports, 60% of adults might not be able to digest milk. Drinking cow’s milk can result in mild discomfort like cramps or bloating for a large chunk of the population encouraging people to seek alternatives. What’s more is these numbers could increase further as consumers become more educated about the downside of milk consumption.

This is movement is also right in line with the rise of plant-based proteins. Ten years ago we couldn’t have predicted that restaurants like Del Taco and Burger King would be moving toward meatless. Organizations like PETA are even going as far as claiming milk is bad for you. The combination of health movements and consumption trends all create tailwinds that should benefit industry growth over the next decade.

The U.S. produced 217.5 billion pounds of milk intended for human consumption in 2019. The U.S. whole milk market was lead by private label brands, earning $627.8 million in sales for 12 weeks ending in December of 2019.

If you’re planning to start a milk company, don’t forget to download our recipe cost template to determine how much it will cost to produce each carton or bottle. It’s totally free to use for your business. You can also join our free food business startup community that will give you immediate access to interviews with some of the most successful food beverage founders.